Established in 1967, Maryville Isshin-Ryu Karate School is the oldest martial arts school in Blount County.  We are fully accredited by the International Isshin-Ryu Karate Association, and teach traditional Okinawan Karate.

We are partnered with Maryville-Alcoa-Blount County Parks and Rec to continue providing quality programs for the residents of Blount County. 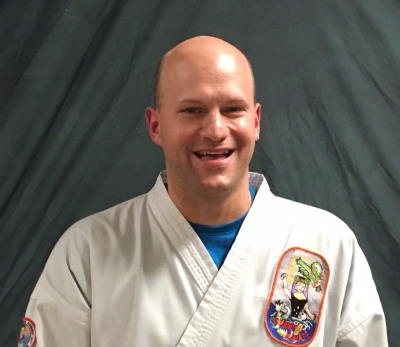 Adam graduated from Tusculum College with a M.A. in Organizational Management.   He currently works as a staff accountant for Dominion Management Group.  Adam is a Vol fan and his interests include reading, baking and cooking barbeque.

Adam began training at Maryville Isshinryu in 2007 and currently holds the rank of 2nd degree black belt.  Adam has served the International Isshinryu Karate Association with membership detail activities since 2012.  Adam enjoys training with his daughter and believes that Isshinryu is the perfect style for family members that want to train together.   Adam enjoys teaching on the basis that the Isshinryu system can develop and build confidence not only for self-defense but for everyday life.  His suggested reading includes The Way to Victory – The Annotated Book of Five Rings by Hidy Ochiai and Zen in the Martial Arts, by Joe Hyams.

Shane began his Isshinryu career in 1991 at the age of 12 and currently holds the rank of 5th degree black belt.  He can be counted on to help with judging and refereeing at the various International Isshinryu Karate Association tournaments.  He is also a musician at Foster Chapel Baptist Church where he plays lead guitar. 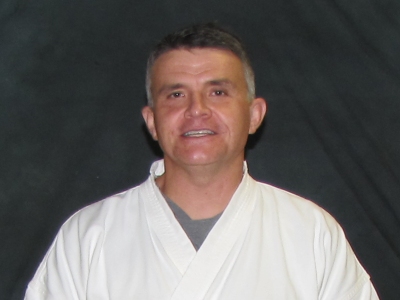 Pete began training at Maryville Isshin-Ryu Karate School in 1984 and currently holds the rank of 7th Degree Black Belt.  He has worked as an instructor in both the adult and children’s programs.  He has served as Membership Director of the International Isshin-Ryu Karate Association since 2000.

Mike is a 1978 graduate of the University of Tennessee, Knoxville.  He is a Senior Vice President at Renasant Bank and has been in the industry for over 37 years.  He is an avid runner and cyclist and in addition to Karate, he enjoys golf and fishing. Mike has been involved in Isshiun-Ryu for 43 years, holds the rank of 8th degree black belt and lives in Alcoa, Tennessee with his wife Brenda. 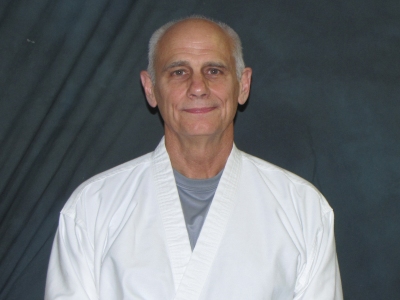 Bruce is a graduate of Maryville College with a B.A. in psychology.  He continued his education at the University of Tennessee where he received his master’s in social work.  Bruce is experienced in corporate education and has conducted hundreds of seminars and programs for a variety of companies.  He is also a member of the League of American Bicyclists, American Mountain Guide Association, and the Association for Experiential Education. Bruce has done numerous bicycling trips including trips across TN, GA, NC, and AL.  He has led mountaineering trips to Mt Rainier and Mt Cotopoxi.  Bruce has also led several human powered trips across Costa Rica.

Bruce has also studied Isshin-Ryu karate for over 35 years and holds the rank of 8th degree black belt.

He lives in Friendsville, TN with his wife Wendy and daughter Emily.

Angie began training at Maryville Isshin-Ryu Karate School in 1992 and currently holds the rank of 5th degree black belt.  She helps with various International Isshinryu Karate Association tournaments.  She also has led several women’s self defense classes.  Outside of karate, she enjoys taking pictures and having fun with her friends.